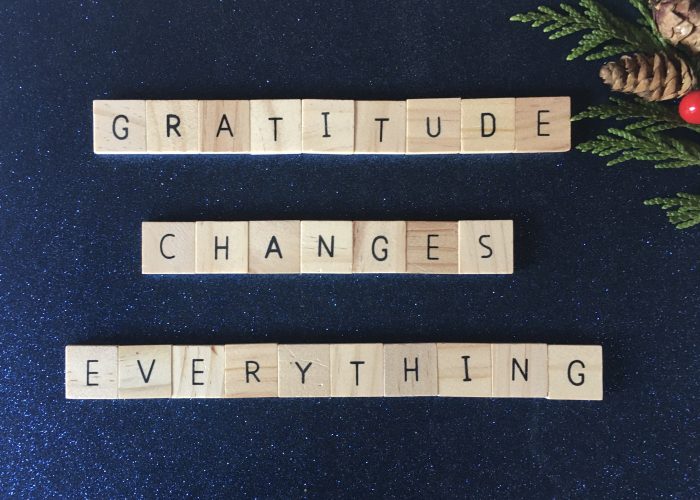 To understand where I’m coming from, where I’ve been, and where I am going, I have to start this with two brief true stories:

A car was gifted to my son because he needed it to get between home, his university, and his job. Over a short period of time, I’ve noticed he was getting speeding tickets consistently that were ramping up in fees. Eventually, the day came he crashed the car with severe damage to the front end. He survived, I was pissed and I went about the process of getting it fixed. $8k later, I decided to keep the car because he was too reckless. He wanted to know why he couldn’t get the car back. Yeah. That’s the end of that story.

I was working on a number of sets around Atlanta: Spiderman: Homecoming, Greenleaf TV series, Black Panther (2018), McGuyver TV series, and a few others. Mostly security and locations: guiding extras to this and that location. Watching over equipment. Non-union work but I was there. Great experience. However, over time, I started hating the work. My love for film knew no bounds, but this was killing me at the time. I did nothing in these jobs that brought me any closer to realizing my dreams. It was painful to be ‘this close’ and nowhere closer to succeeding. So, I quit that line of work for good.

What do these two stories have in common?

In both cases, lack of gratitude. The lack of appreciation that we were both gifted something and we both resented the results.

I have always wanted to work in the film industry. Specifically, be a director, screenwriter, and work into being a producer. As early as five years old, I’ve been writing stories I wanted to see visually on the screen for others to thrill with. A lifetime has gone by with a handful of minor hits, misses, and experimental stuff but nothing I can claim as ‘industry’. In my head, I wanted ‘this‘, so that translated as ‘I deserved this‘. After all, we are all taught with hard work, you will achieve.

Over the years, I’ve worked as hard as I could and still did not.

So, that kind of builds a ‘what the hell! Why am I not there yet?!? I deserve it” kind of emotion.

What I wasn’t paying attention to was the fact that I gravitated through a backdoor to the industry and could have made the most of it with time and continued persistence while meeting new people.

Or at least a reasonable version of ‘networking’. I am not, by any thesaurus description, a social extrovert capable of glad-handing and climbing ladders by meeting new people. It’s just not me.

Still, I was there. Met quite a few actors and talented crew members. All I had to do was show up but I wasn’t grateful enough to realize that. I wanted more.

Looking back, and how wonderful hindsight is — that seemed to be the specific, persistent reason, up until recently, why I failed to achieve the goals I sought after. My heart burned with an ‘I deserve it attitude’ and hate when it didn’t manifest.

Let’s get something really important out of the way. The path of gratitude is a process and educational lesson that works like a prescribed medicine: In theory good for everyone but results vary.

Have you ever seen a bunch of ungrateful successful people? Of course, you have. Seems like from day one they spout how ‘they wanted something. They always knew they deserved it so they got it.’ And no matter how unappreciative they seem to be, they just keep receiving.

I figured out long ago that trying to match the lifestyle of someone else is a fool’s journey. We don’t know what that person does inwardly to achieve what they do. We all have a personal relationship with God, the universe, name-your-higher-entity — NOT a personal relationship with the person you envy. Wondering every day why an asshole can still be successful is a total — TOTAL — waste of time.

What works is feeling out what lessons you are being taught.

For me, it was learning to be grateful. The moment I figured that out, there were a number of significant life changes that made it all clear to me. From home to work, to relationships with people I meet — what has created a seismic shift in how things come and go in my life was as simple as thanking God for what I have at any measure of things received. More importantly, feeling and genuinely grateful for whatever I received.

It needs to be said that this isn’t a life hack. You’ll only suffer the consequences for being disingenuous. Nothing worse than someone who is faking appreciation. Still, it’s a walk that takes time to truly feel. It helps to remember when you had less. Got a new job but they are paying less than you wanted? Can you remember when the eviction notices were piling up? The debt you were accruing? Is the car being repoed in the middle of the night? When you sent out a billion resumes and filled out a ton of applications and no one called you back? Do you remember being on the edge of homelessness?

When you look back at the hard times, it could help you look at that one job that called you and offered you less than you wanted with fresh eyes. Appreciative eyes, if you feel this correctly. If you’re wise, you can take this opportunity and make it sing from there.

Or you can be unappreciative, decline the position and wait for another offer that may never come.

Everyone has a different take on that. This is why I am saying your life is best prescribed to you and you alone. In my life, I guarantee you, the answer is to take the job when no other job has called me. For others, waiting for the next offer brings them the multi-million dollar offer that they wisely held out for. That sort of ‘hold out for the best offer’ would never work for me. I know this because I have to admit, I’m very aware of how life, God and I operate. I can take the offer and, with it, eventually climb to that multi-million dollar level that others may do a little faster. But that’s okay. My job was to be grateful I was able to support my family in the first place.

This brings me to my son and the car.

He’s young. He’s still figuring things out. Who among us wasn’t young thinking we deserved the Earth?

I never got a car at his age — at least not as nice as the one he received — 100% paid for. He didn’t even have to pay for the insurance. Then when he felt entitled to get the car back without paying for the repairs and a short list of speeding violations racking up, I felt hurt but I also felt I needed to save his life. My usual ‘get the fuck out of here’ approach to idiocy faltered when it came to my son, but I had to do something.

I keep telling him ‘life gives you warnings’ before you get your final lesson. The collision told me, as far as him driving, he was done. So taking the car was also to save his life.

One of these days, I hope he understands what the lack of appreciation afforded him. I believe the difficulty of getting to school and work these days is a starter education.

What’s all this mean regarding this film?

I have been practicing gratitude intensely for a number of years now. In fact, roughly around the time my father passed, in 2018, is when I had rewritten how I approached life, work, and career. For me, the results have been strikingly consistent and I regret I haven’t understood this principle prior. Being grateful puts you in a mindset that cancels out the bullshit, simply put. The B.S. that you put out into the world, and clearly lets you see the B.S. coming right at you and around you.

There are proof of positive results in my life that I can account for that are allowing me to shoot this short film by doing the exact same things that got me here: Praying daily thanking God for just about everything he’s allowed me to receive, keeping my mind and mouth shut about the people and bullshit outside of my reach, and genuinely being grateful I am here.

This works for me. I know my assignment. I stick to it.

Results: this film is shooting in less than five months.

This comes a long way from having nothing. Absolutely, positively: nothing. I kid you not.

If you are interested in learning more about gratitude in your life, here are a few links that describe it far better than I could.

The Benefits of Gratitude

Storytelling With What You Have

Predawn, which was a working title that conveniently stuck around longer than expected, was written to be compact, affordable, and still provide entertainment and production value. After a number of y

Since 2020, I have to say with complete honesty, I have not had a bad year. Looking back, it was continuous: 'plan this. execute that. accomplish the plan' on other non-film-related, life projects. I

The purchasing of this camera was one of three underscores that said, "I'm really doing this film". Odd thing, it started when at least three cinematographers ghosted me. It all starts well. Intere