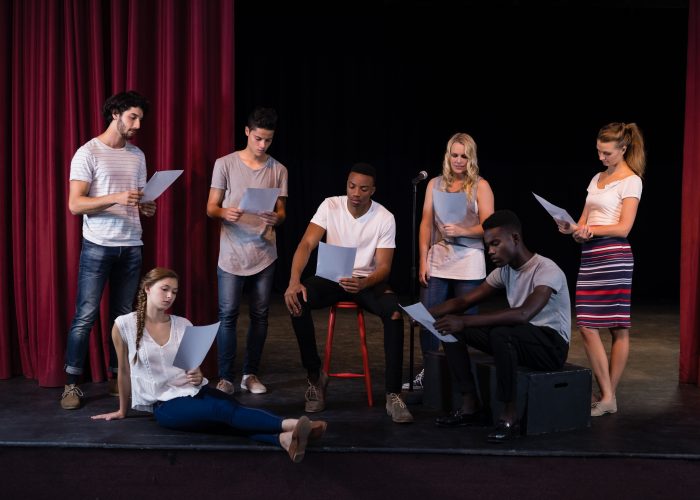 I have a secret skill that is being tasked at the moment: I can pick film-worthy/talented people.

I can easily run off a short list of folks I cast for little, now non-existent projects I worked on in the past that moved on to TV and major motion pictures. I’m forever saying “I know that guy/girl” on screen. From Episodes of CSI to Marvel movies, I can sniff out someone who will be doing great things even if the project they worked on with me only went ‘so far‘ or nowhere.

When I first met these people, it was a no-brainer. They all had the ‘look’ and ‘voice’ and ‘projection’ that just screamed dripping talent. I was blessed to have them work with me and they inspire me every day.

Now, I’m at it again but the process is different.

The goal now, for Predawn and all steps moving forward, is to be seen by a wider cinema industry audience (festivals) and chisel at the professional director/producer title. Professional teams, including performers, to qualify for industry momentum.

However, the majority of the people that submitted for parts, and those that I am ultimately auditioning, are non-union and just as astonishingly talented.

So, I’m at a crossroad: keep pushing to find union talent just to hypothetically move the film before the right people at the right festivals — watching time tick by as the right union performer isn’t found yet?

Or hire nonunion talent because my instincts have yet to fail me? Each person I’ve worked with in the past — every last one of them — were non-union at the start.

I know I’m answering my own question and I’ll likely have more opportunities to go with SAG on a higher-budgeted production (which is probably why the union applicants are kind of few and far between).

I read an awesome article by Leslie Lello that really hit the nail on the head with what I am currently going through overall with the SAG-Aftra Signatory decision. It just might be, considering the talent auditioning, and just the timing, I’m not ready to do the signatory thing.

Audition Day: Part Two -This is the Job

The second and last round of auditions is today. The secret sauce to my auditions, at least for me and this size of the project, isn't how much the person can act. I'm looking for compatibility.

I've downloaded quite a few apps in my day. Many of them can be easily called wastes of time. Some were only as good as the trial limit but not worth paying $100 a month for. Imagine that: a monthly s

It's Saturday, January 14th, 2023. Audition day part one!  Virtually over at backstage.com. Truthfully, very nervous and I really hope I can complement the professionalism, hard work, and talents