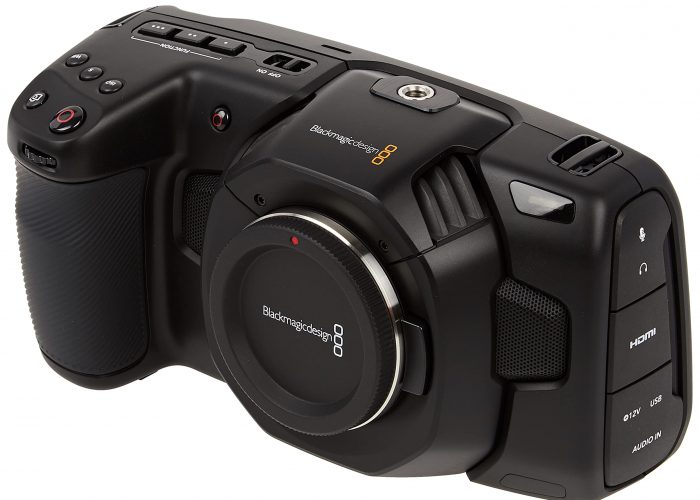 The purchasing of this camera was one of three underscores that said, “I’m really doing this film”.

Odd thing, it started when at least three cinematographers ghosted me. It all starts well. Interested in the project. They tell me their daily rate. I’m cool with it, the money is there, and then they disappear. Maybe it’s for the best. Looks like I’ll be saving a little money in the long run, anyway.

Without a cinematographer confirming with me, the feeling is maybe this is the one film I am to shoot myself. It’s a short. The budget is manageable. Easy location. Why not learn every aspect of the camera yourself? For goodness sake, I’ve shot on lesser equipment and seen lesser equipment used to get people into festivals.

The Blackmagic Pocket Cinema, however, feels like it was literally made for me. Everything from the quality of shots to the price! I mean, you know you’re in the semi-pros when you drop 2K on a camera that doesn’t come with a lens! It’s crazy but worth it.

Also comes with a studio pro version of Davinci Resolve, the industry standard for color grading and editing. I have been, and still am, an Adobe After Effects guy. Nothing wrong with combining the two for necessary shots. The time I have to understand the learning curve necessary for Davinci Resolve will be put to good use while I test out the camera.

But back on the lens situation. I don’t have any for it.

So, I started renting them from lensrental.com. Some really cool ones fit the camera, giving me time to practice and understand how the camera works. I’ve been on a pretty consistent rotation: rent a lens for a week, shoot random footage during that week, return the lens, and practice editing on Davinci Resolve for a week, then turn around and rent another lens again. Round and round.

Couldn’t imagine doing this on the week of the shoot and just figuring things out later. Nope. Not even close to my ways of doing things. As of now, I’ve given myself a near year of practice every week to perfect things.

I do like lensrental.com a lot and they have more equipment other than lenses. I could have rented the whole same camera; which is actually a thought to do as a secondary backup should I have issues with my own. Redundancy. Backups. Plan B’s. My only issue with lensrental is the cost of a few things I would have loved to rent. For instance, I will have an aerial shot in the film that requires a drone. Just one shot. The rent one for $600 for seven days. For that same amount of money, I could buy one and spend an equal amount of time practicing to get that one shot — which I will do.

I like owning my own equipment when I can. Renting lenses is okay. It’s just that at 3 am in the morning, I turn around and want to shoot something or practice with that equipment and it’s not here. Renting saves on expenses but at the same time use and practice, time is limited to its availability.

Like the BMPCC (Blackmagic Pocket Cinema Camera), I plan to start hoarding a lot more equipment in-house. I think I can probably hire better people to use the equipment I own on future films down the road (provided they stop ghosting me).

I've downloaded quite a few apps in my day. Many of them can be easily called wastes of time. Some were only as good as the trial limit but not worth paying $100 a month for. Imagine that: a monthly s

I have a secret skill that is being tasked at the moment: I can pick film-worthy/talented people. I can easily run off a short list of folks I cast for little, now non-existent projects I worked on

The purchasing of this camera was one of three underscores that said, "I'm really doing this film". Odd thing, it started when at least three cinematographers ghosted me. It all starts well. Intere

To understand where I'm coming from, where I've been, and where I am going, I have to start this with two brief true stories: A car was gifted to my son because he needed it to get between home, hi